As a California personal injury attorney, Stewart Tabak has specialized in civil jury trials on behalf of injured plaintiffs throughout the Central Valley, the San Francisco Bay Area, and beyond since 1979. The numerous trials in which he has participated over the past three decades have had one common theme and purpose: personal, compassionate and conscientious representation of individuals and their families who have been caused to suffer from severe and catastrophic injuries — often times resulting in the death of a loved one — due to the negligent and unlawful conduct of others.

Whether the negligence occurred on the highways or the waterways, in hospital operating rooms or as the result of a defective product used in someone’s living room, while participating in a recreational activity or living in a convalescent home, Stew Tabak has been there. As an aggressive yet compassionate trial lawyer on their side, Stew is dedicated to working hard in order for them to receive full and fair compensation for their serious and permanent injuries.

Various prestigious national trial lawyer organizations have recognized Stew Tabak for his commitment to his clients and his profession throughout his legal career. With his law firm based in San Joaquin County, Stew Tabak is the only attorney in that County to be honored and recognized by having become a member of three well-known and highly respected invitation-only trial lawyer associations: The American Board of Trial Advocates (ABOTA); The American College of Trial Advocates (ACTL); and the International Society of Barristers (ISOB). There is no other trial lawyer in Stockton or practicing in San Joaquin County who has been similarly recognized and honored by his or her peers. In addition, Stew Tabak has been a sustaining member throughout his legal career of the Consumer Attorneys of California (previously named the California Trial Lawyers Association) and has served on the Board of Governors of that statewide organization; for four years he served as the Editor-in-Chief of that group’s respected monthly journal, Forum.

Stewart Tabak is a frequent speaker at legal seminars and presentations on a variety of
legal topics covering many different areas of civil trial practice including wrongful death, medical malpractice, recreation/sports injuries, and various aspects of civil discovery and jury trial practice. He is an associate professor at Humphreys College School of Law in Stockton where he teaches Trial Practice; he has been inducted as a Fellow of the University of the Pacific in Stockton where he graduated in 1975. 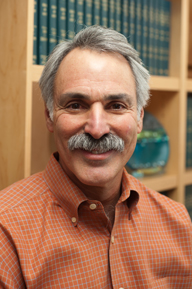